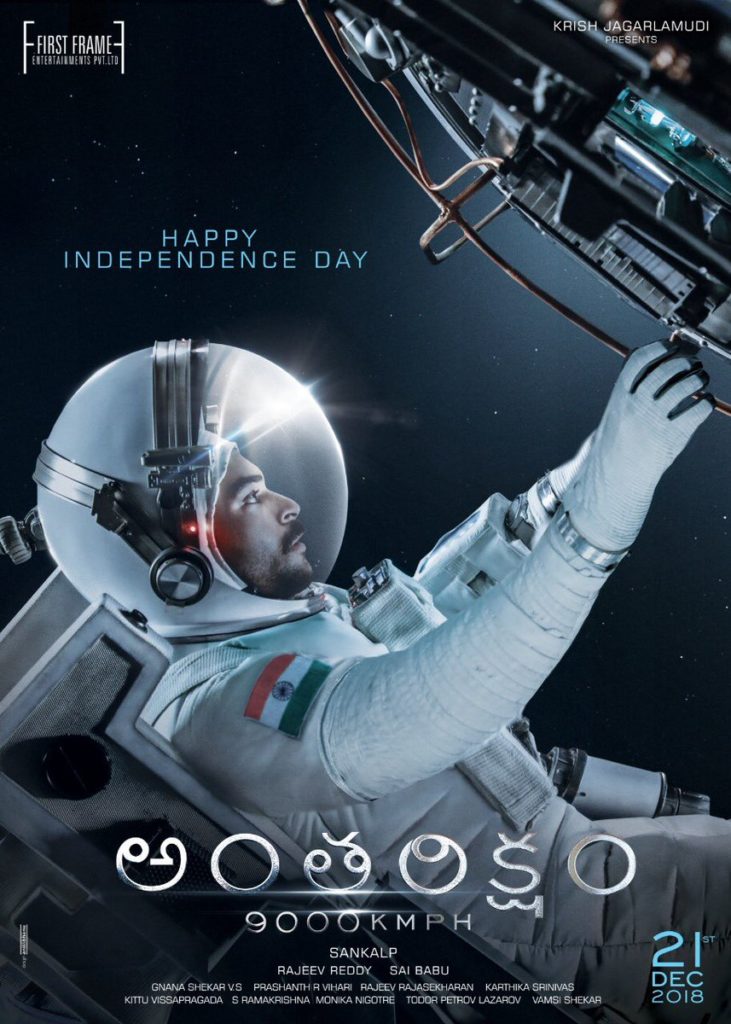 Varun Tej’s next film title and firstlook released today on the occasion of Independence day. The film is titled as Antariksham 9000kmph. It is a space film. The film stars Varun Tej, Aditi Rao Hydari and Lavanya Tripathi in the lead roles. Directed by Sankalp Reddy of Ghazi fame. The film is set to release on December 21st, 2018.