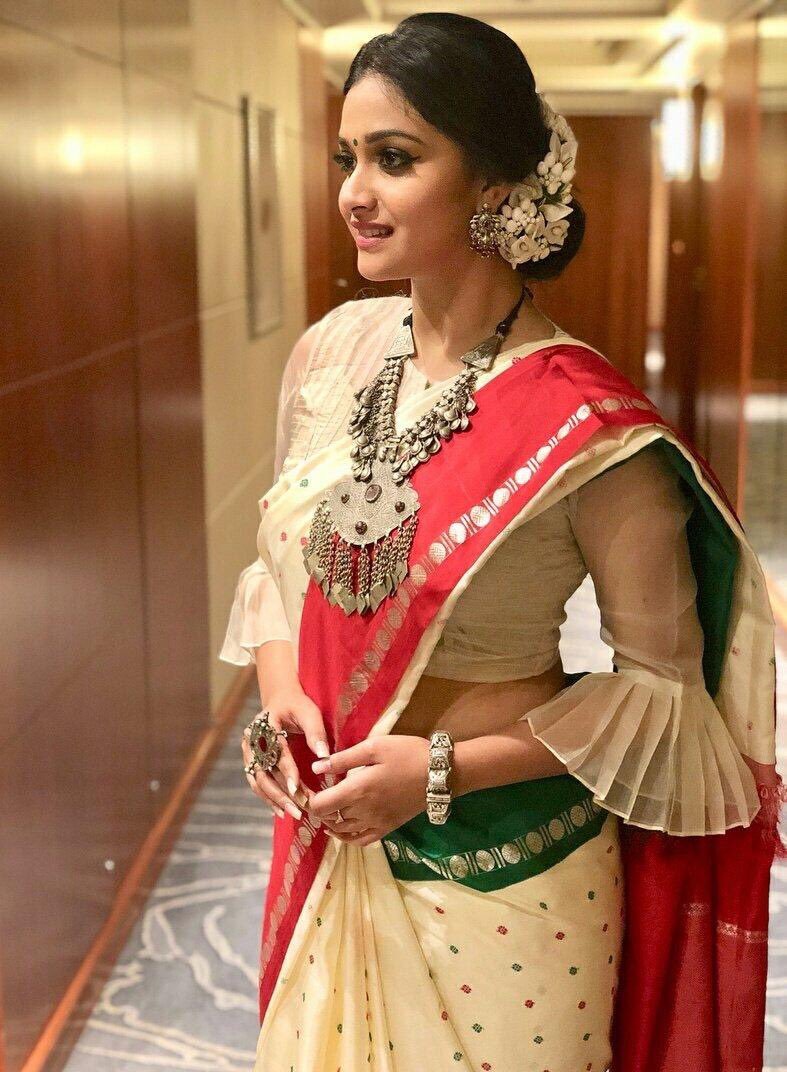 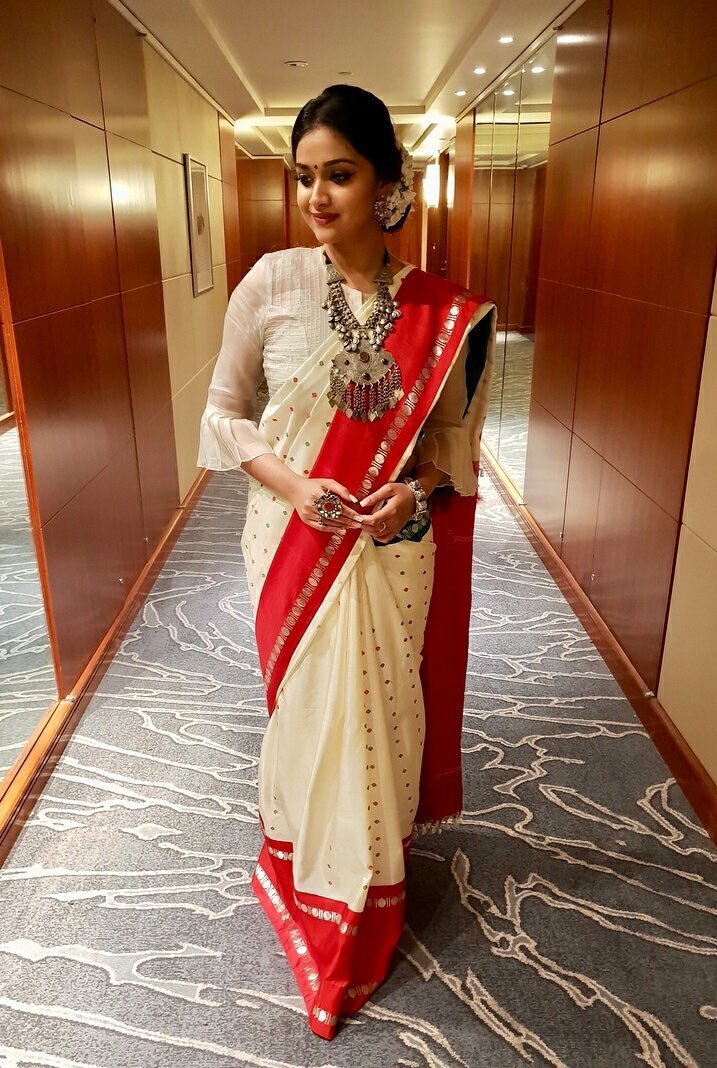 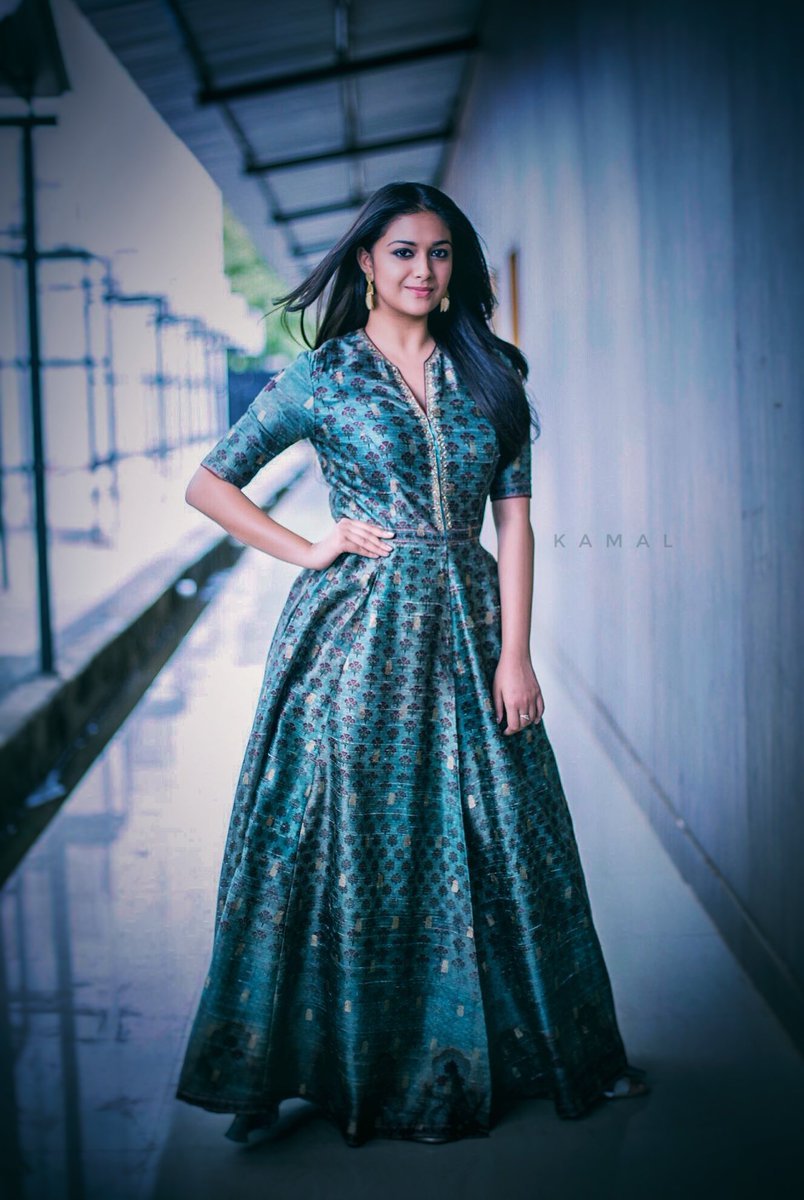 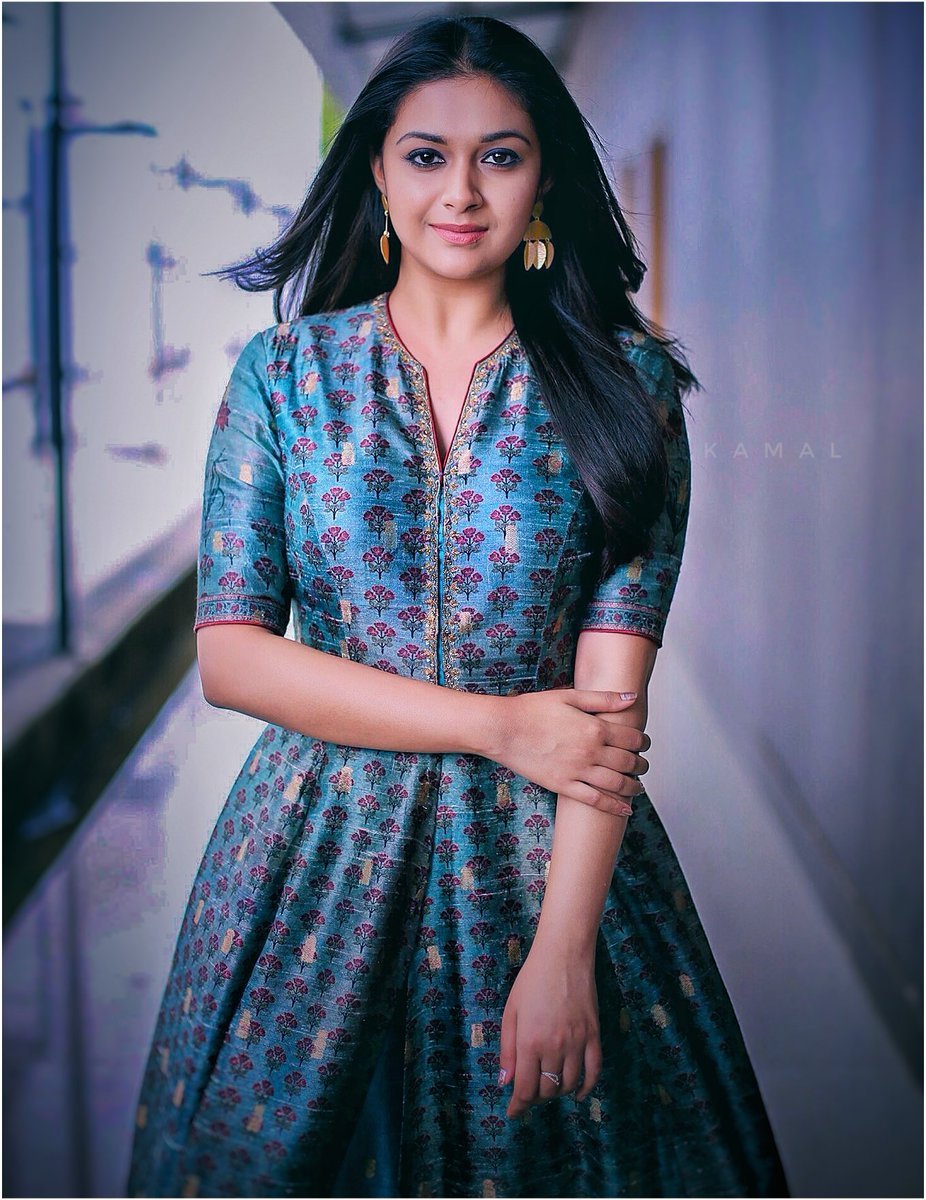 Keerthy Suresh now became star actress after hits like Rajini Murugan, Remo, Nenu Local and recent movie Mahanati. The actress got huge fan following and is busy in doing films in Telugu and Tamil. Keerthy Suresh always tries to look in traditional dresses in movies rather than being a hot actress. Here are some of her recent photoshoot stills in traditional attire.